Cotton’s Journey: From Field, to Shoe, to Revolution(s)

Cotton, the world’s oldest commercial crop, now finds itself at the vanguard of the newest international agricultural revolution: regeneration. Taking this ancient crop and combining it with new tools and possibilities, the transformative power of regenerative agriculture is appearing where the world might least expect it—in the cotton fields of Haiti, where members of the Smallholder Farmers Alliance (SFA) lead the way.

To tell the story properly, we have to go back to the early days of the SFA in 2010.

SFA’s tree planting activities originally attracted the attention of the global brand Timberland as a founding corporate sponsor. In SFA’s tree program, SFA’s farmer members grow, transplant, and look after trees, earning credits they can exchange for seeds, tools, training, and organic agricultural services. These tools and services, in turn, have led SFA farmers to increase yields an average of 40% and grow household income between 50% and 100%, depending on the farm’s location. Using this “tree currency” model, SFA farmer members have planted over eight million trees to date.

Through this evolution of SFA, Timberland has continued to be the primary tree planting sponsor. In 2016, they asked us if they could also become a client and buy cotton from our farmers. This presented an immediate challenge; as of 2016, Haiti had not had commercial cotton cultivation since the late 1980s! Despite having previously been the country’s fourth largest agricultural export, cotton was a victim of the Duvalier regime, and the subsequent trade embargoes imposed in response to the inhumane policies of that dictatorship decimated its commercial production on the island.

The SFA started with a feasibility study to see if it made sense to restore cotton to the country. With that question answered in the affirmative, we then conducted a field trial of organic cotton seeds sourced from Brazil, India, and the U.S. From that pool, we chose two varieties that fared well in a Haitian setting, and in early 2019, we had our first cotton harvest. The cotton was ginned to remove seeds, compacted into bales, and we began exporting to Timberland.

On May 6, 2021, Timberland released its first products made with Haitian-grown cotton (see photo above). Atlanta McIlwraith, director of global community engagement and activation for Timberland, said at that time: “Five years ago, Timberland set out with a vision to bring cotton farming back to Haiti after a 30-year hiatus. Today, we are incredibly proud to have a new source of responsibly-grown cotton. We branded it Community Cotton, because the agroforestry model plants trees, increases farm productivity, and enhances the farmers’ incomes and lives.” McIlwraith went on to say that “We are honored to work alongside the Smallholder Farmers Alliance on this program that advances all three of Timberland’s CSR priorities: to create better product, stronger communities and a greener world.” 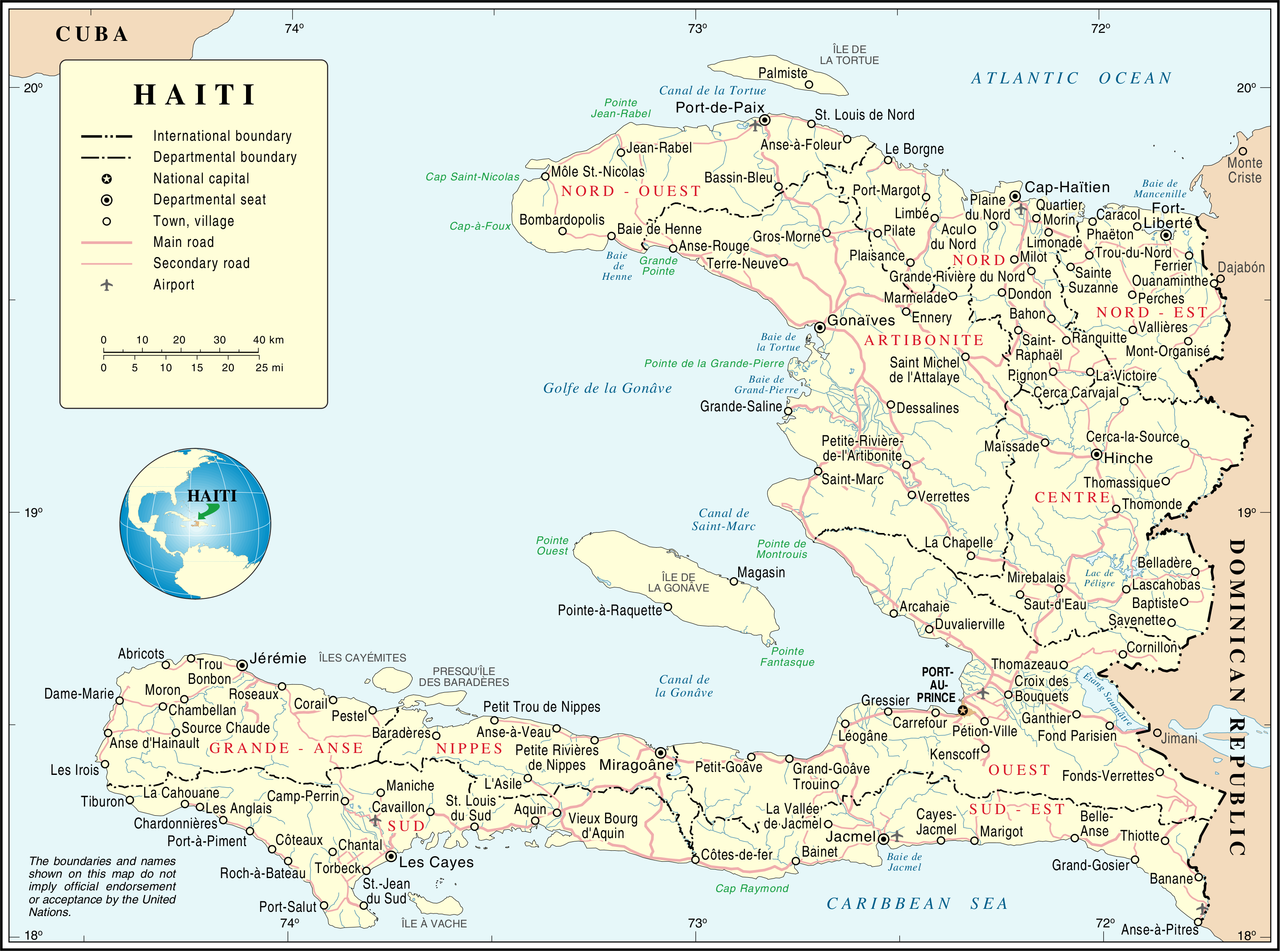 
In conducting our original feasibility study, the SFA set out to learn about smallholders growing cotton, and particularly organic cotton, elsewhere in the world. Then the story started to get very, very interesting.

It turns out that all but one percent of the world’s cotton farmers are smallholders. Together, they produce 75% of cotton grown every single year. Granted, that one percent of non-smallholders represents some very large farms, but the world’s most widely used natural fiber is, to a very great extent, dependent on farms of five acres or less. At the same time, these smallholders often receive very little technical support, have low yields, and many do not get decent prices for their product.

Despite these barriers on the global market, these smallholders have one very significant and strategic advantage—the majority are organic. Mostly, they are farming organically by default because they are not able to afford hybrid seeds and chemical inputs. Perhaps ironically, this lack of resources has now translated into a massive advantage for these smallholder farms compared to industrial-scale cotton farming because the industrialized farms use hybrid seeds and a range of chemicals. To convert an industrial cotton farm to organic cotton would take a three to five year transition and considerable financial investment. For once, the world’s smallholder farms, decentralized and mostly operating within their local communities, have a major strategic advantage in counterpoint to their industrial competitors. This advantage translates into two important implications for smallholders and the global cotton market.

Second, many of the largest clothing and footwear companies in the world have made commitments to go beyond organic and use only, or mostly, regenerative cotton by 2030. The transition from conventional to regenerative farming is a huge and expensive step, but the move from default organic (because so many smallholder farmers have never been able to afford modified seeds or chemical pesticides and fertilizers) to data-backed regenerative is much easier. With this new, but as yet unmet, demand for regenerative cotton will come premium prices even above those for organic cotton.

Later in this edition of The Lydion Magazine, we give a more thorough explanation of regenerative agriculture and how the regenerative paradigm applies to farming cotton.

Our shorthand explanation of regenerative practice is this: organic standards essentially guarantee the absence of bad things (chemicals, pesticides, and additives), while regenerative agriculture goes beyond that organic baseline to measure the positive environmental and social impacts of specific crops and farm practices, seeking to improve on the “good” things rather than just eliminate the “bad” ones.


Three developments are disrupting global agriculture at scale—and at such considerable scale that they warrant being framed not as mere developments, but as interconnected revolutions (of the transformative, scientific, paradigm-shifting type, not the political).

To start, regenerative agriculture itself represents revolutionary change. Its growing traction around the world is a major step towards a more holistic and place-specific farming approach that has enormous potential for combating climate change and contributing to social improvements.

What follows is a revolution in the way that agricultural data used to back up regenerative claims can be gathered, valued, and transacted. These new data technology advances allow us to track and measure the impacts of regenerative farming while simultaneously making the data that backs up regenerative claims a valuable farm product for smallholders with utility and meaning that can be recognized on global markets.

Finally, we see a third revolutionary shift in progress with the move away from third-party certification to a form of self-verification backed by radical transparency and decentralized data networks controlled by the smallholder farmers themselves. This paradigm makes regenerative agriculture financially viable for both smallholders and product purchasers because it reduces dependence on expensive external certifications.


When the SFA first began exploring the return of cotton to Haiti in partnership with Timberland, we also began exploring data management systems. Our interest was in finding a system that would help us track not only the economics of an agricultural supply chain, but also the environmental and social impacts of our combined cotton and tree planting model.

We had only just embarked on this exploratory journey when we formed a partnership with Columbia University’s School of International and Public Affairs. This resulted in three successive teams of graduate students serving as consultants to the SFA through their Capstone Program. The first student team scoured the world to see if a data system existed which fit our needs, but it turned out there was no system that could track everything we wanted. The second team developed a beta model of an app that we field tested it in Haiti. Though limited in scope, we clearly saw the potential in the app and its more inclusive approach to data. The third team put together specifications for building the app and then reviewed proposals from a wide range of potential developers.

We were close to making a final choice for an app developer when two things resulted in a change in course. First, Timberland asked us to add regenerative to the app’s existing organic verification capacity. Around the same time, we were introduced to the Data Economics Company (DECO) and the Lydion Engine, and we learned about the potential to establish data itself as a farm product in a way that would directly benefit smallholders.

The net outcome of years of research, with the past year focused on regenerative verification with DECO and more recently Terra Genesis International, is the launch of a new company called Smallholder Data Services (SDS) in which the SFA is a shareholder and financial beneficiary.


According to the United Nations, there are around 500 million smallholder farms throughout the developing world. Approximately 2.5 billion people live and work on those farms, meaning that smallholders and their families make up one third of humanity.

The emerging market for regenerative fiber and other products for the clothing and footwear industries, including but by no means limited to Timberland, has created the conditions for a major technological advance. This new innovation provides the opportunity for smallholders, long ignored and marginalized, to take a leadership role in transforming the growing of food, fiber and other crops. At the same time, it positions smallholders to make a major contribution to combating climate change, improving food security, and contributing to social progress.

The three revolutions mentioned earlier in terms of regenerative agriculture, agricultural data, and self-verification are all served by the new SDS platform and set of mobile friendly applications.

This SDS technology is now being pilot tested on several crops and tree planting programs under varied field conditions in three countries on three continents, including cotton and trees in Haiti. In our pilot, we’re establishing SDS’s capacity to allow smallholder farmers to track their organic and regenerative practices; to quantitatively and qualitatively measure the resulting environmental, financial and social outcomes; and to facilitate smallholders marketing their crops and monetizing farm data as a distinct farm product.

Whether data is sold by farmers to verify farm products or sold as combined ecosystem services that register as carbon credits, each farmer can be paid directly for their relevant data. Brands that buy data are then able to make product claims. Other companies purchasing data are able to sell it as carbon credits within the rapidly expanding voluntary and compliance carbon markets.

Circling back to where this all started with Timberland, cotton, and trees—the Smallholder Farmers Alliance, through use of the SDS apps and platform, is in line to produce one of the world’s first verified regenerative cotton crops in January 2023 for sale to Timberland.